Salina is the ancient Didyme (twin) due to the shape of the island. It is the greenest of all, with a nature reserve that occupies more than half of the territory. Monte Fossa delle Felci with its 962 meters is the highest peak of the Aeolian Islands, while Monte Porri, almost twin, reaches 860 meters in height.

The island is the only one in the archipelago that is not dependent on Lipari. Indeed in Salina, there are three autonomous municipalities: Malfa, Leni and Santa Marina.

The island has two landings: Santa Marina which is the main port and the small port of Rinella.
The island is connected by tens of kilometers of roads and, therefore, the best way to visit it is certainly to rent a scooter or a car, although in the summer it is well connected until late in the evening by bus.

As soon as you arrive in Santa Marina you can admire a wonderful eighteenth-century church. The center is full of typical shops and restaurants and there is also a small Wine Museum.
Do not miss a visit to the archaeological site of Portella, a Bronze Age village of great beauty and good conservation.

About two kilometers from Santa Marina there is the hamlet of Lingua, where there is the small lake of brackish water from which in the past the salt was obtained and from which the island takes its name. A few steps from the lake we also find the Civic Museum and the Archaeological Museum of the island.

Malfa is the most populated town and it is here that the best accommodation facilities on the island are found.
Malfa stands on a hilly terrace 90 meters above sea level. Since it is exposed to the north, it is the coolest and greenest place on the island. Here we also find the Museum of the Emigration of the Aeolian population.

Not to be missed: the beach of Punta Scario, the small fishing port of “Scalo Galera” and the beautiful bay of Pollara known for being the place where the most beautiful scenes of the film “Il Postino” with Massimo Troisi were shot. Pollara is a small village in a volcanic pit overlooking a sea and a landscape of unique beauty. Continuing, you can admire the “Perciato”, a suggestive arch of volcanic rock. In this beautiful town of Pollara, you can witness unforgettable sunsets with the sun going down into the sea between the islands of Filicudi and Alicudi.

Finally, Leni, which is located about 200 meters above sea level, is world famous for its Malvasia vineyards especially in the Valdichiesa hamlet, right between the two mountains. In addition to the Malvasia, the island of Salina is famous all over the world for the Salina Caper. Trekking paths also start from Valdichiesa to get to the top of Monte Fossa.
In Rinella, which is a small fishing village, there is the only black sand beach on the island. 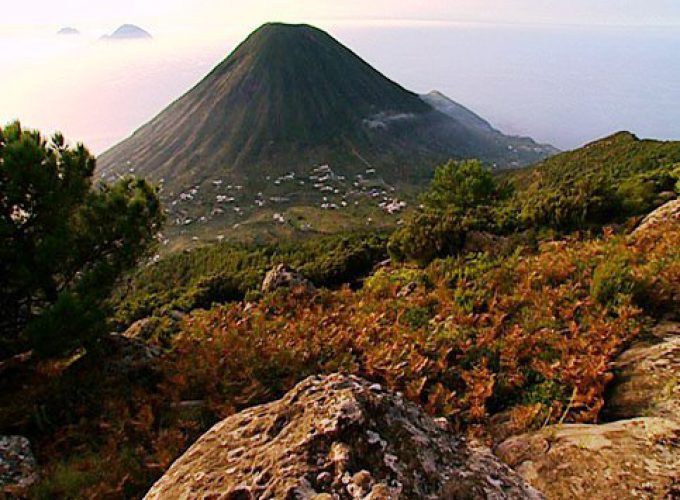 Excursion from Milazzo to Salina Panarea and Stromboli 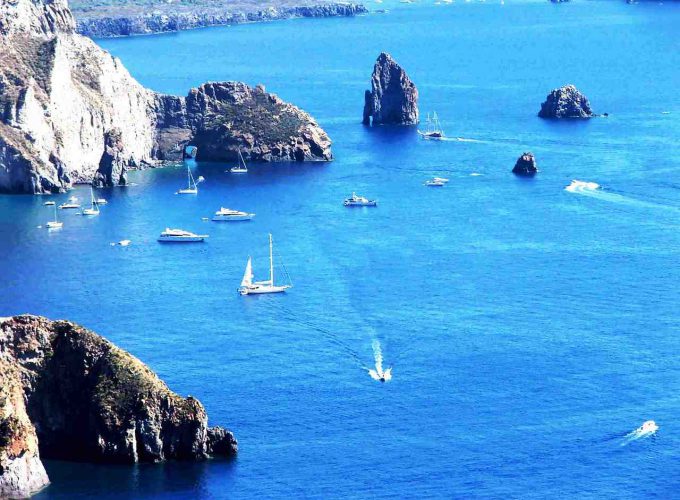 Excursion from Lipari to Lipari and Salina 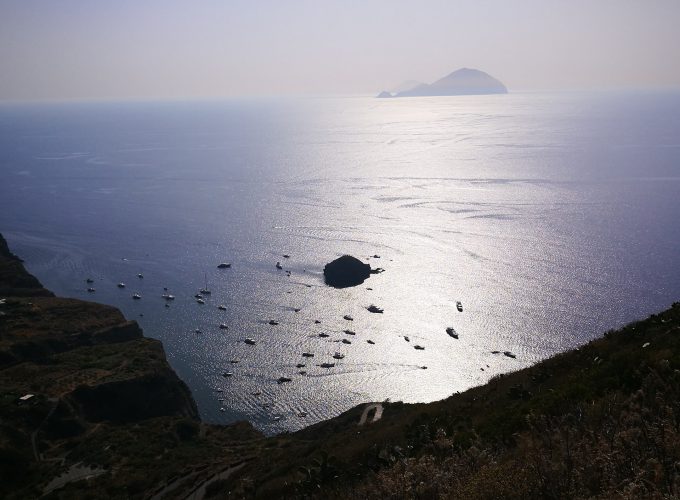 Excursion from Vulcano to Lipari and Salina 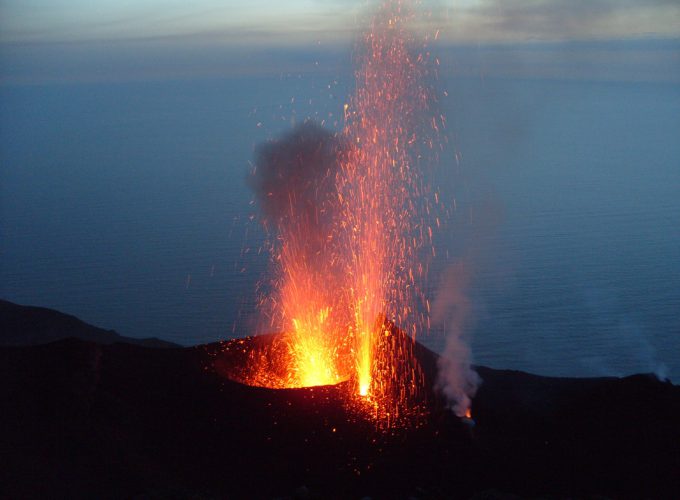 Holiday in Lipari with excursions to Vulcano Salina Panarea and Stromboli 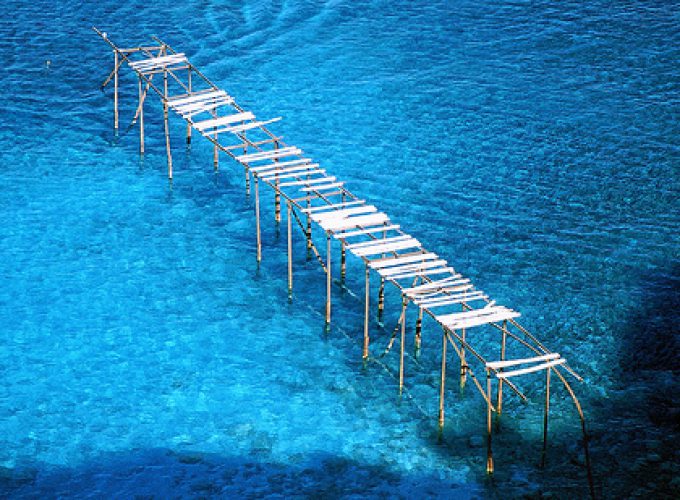 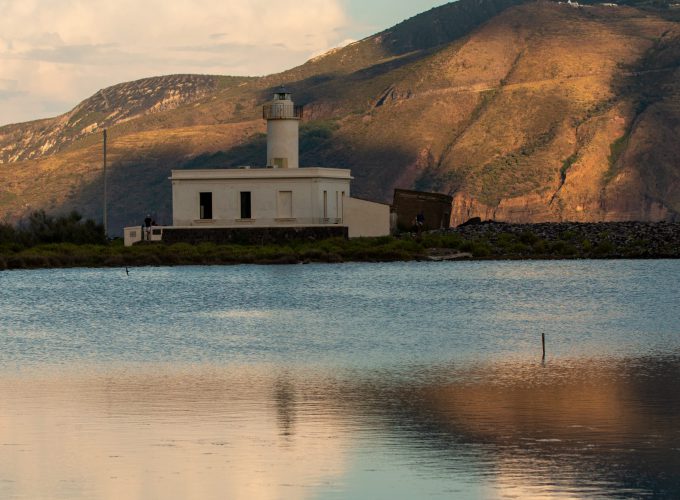 Holiday in Vulcano with excursions to Lipari Salina Panarea and Stromboli 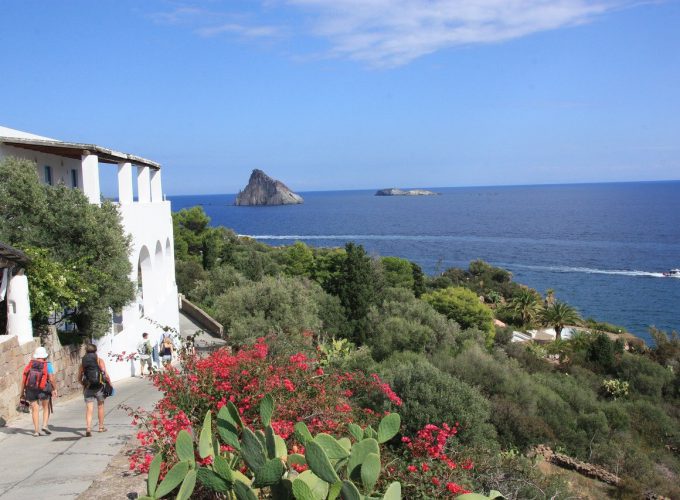 Holiday in Vulcano with boat excursions to 6 Aeolian Islands