The Aeolian Islands are among the most beautiful places in the world. Charm, nature, sea, traditions, mythology, and history of these islands are unique in the world.

The archipelago takes its name from the God Aeolus, the god of the winds. These are seven islands located on the north eastern coast of Sicily.

The scenic beauties of the Aeolian Islands, named World Heritage Site by UNESCO in 2000, await you for an extraordinary journey between sea, earth and fire in these pristine islands in the north of Sicily.

Lipari, whose municipality gathers all the islands except that of Salina, is the largest island and also the most important center of the entire archipelago.

The island of Panarea is of great beauty with its characteristic houses, shops and shops. It is the smallest island of the archipelago, but it is also the oldest of all and attracts many tourists for its pristine coasts, underwater eruptive phenomena and nightlife.

The island of Vulcano offers extraordinary phenomena of volcanic origin such as fumaroles, jets of steam.

Stromboli is the most active of the European volcanoes, with spectacular and frequent eruptions.

Salina is the green island. After Lipari, it is the largest by extension and has the highest peaks in the entire archipelago (almost a thousand meters).

The islands of Alicudi and Filicudi are the most distant and offer a landscape made of craters of extinct volcanoes, with fabulous wild environments and lush underwater seabeds.

These extraordinary islands were inhabited since ancient times and are still characterized today by intense volcanic activity.

The Archaeological Museum is one of the most beautiful Italian museums where there are exceptional archaeological finds that took place in this corner of the world very rich in history.

But the Aeolian Islands are much more. Impossible not to visit them!

GOeolie by Clarissa Viaggi is a site dedicated to beauty and fun in the Aeolian Islands: Mini-cruises, Excursions, Hiking, and Trekking in Vulcano and Stromboli, Holidays, Bike, motorbike, car and boat rental, Guarded parking at the port of Milazzo. For excursions throughout Sicily, visit the website SiciliaEscursioni.com 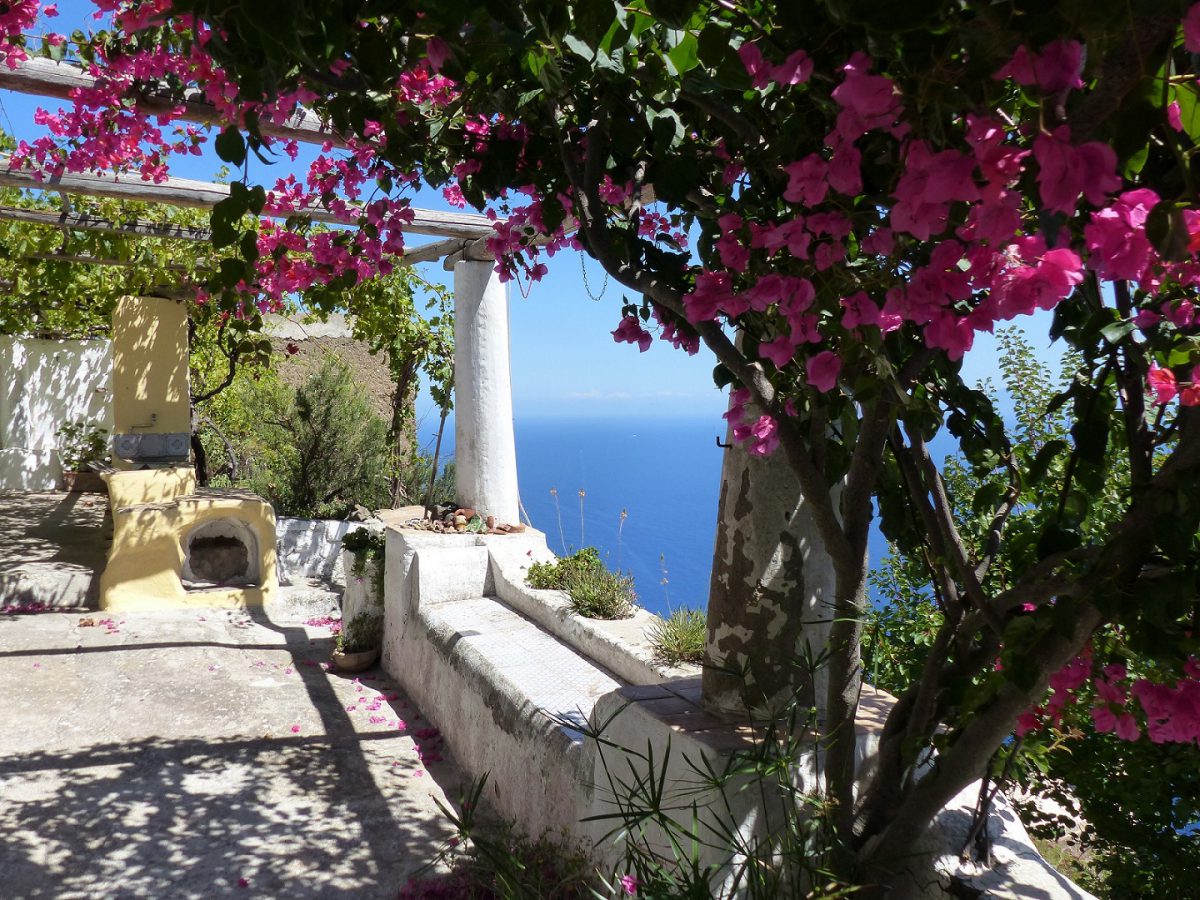 The island of Alicudi offers an intact landscape and a particular setting. Time seems to have stopped and nature manifests itself in a miniature paradise, where man and nature coexist. You can walk along the impervious paths that climb the mountain. The only possible means of transport on this wonderful island is the mule. There are two small grocery stores, the post office, a few other shops for basic necessities and the only beach is within walking distance. 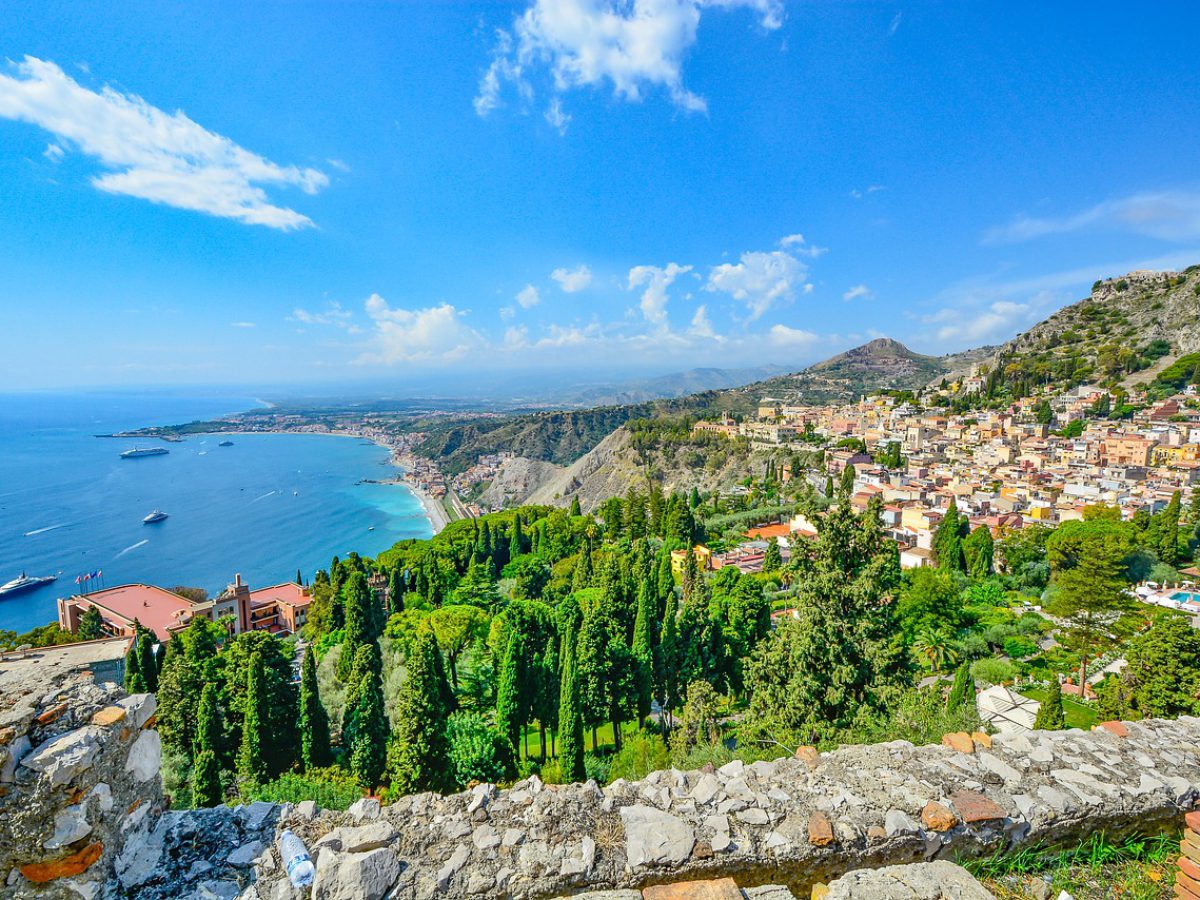 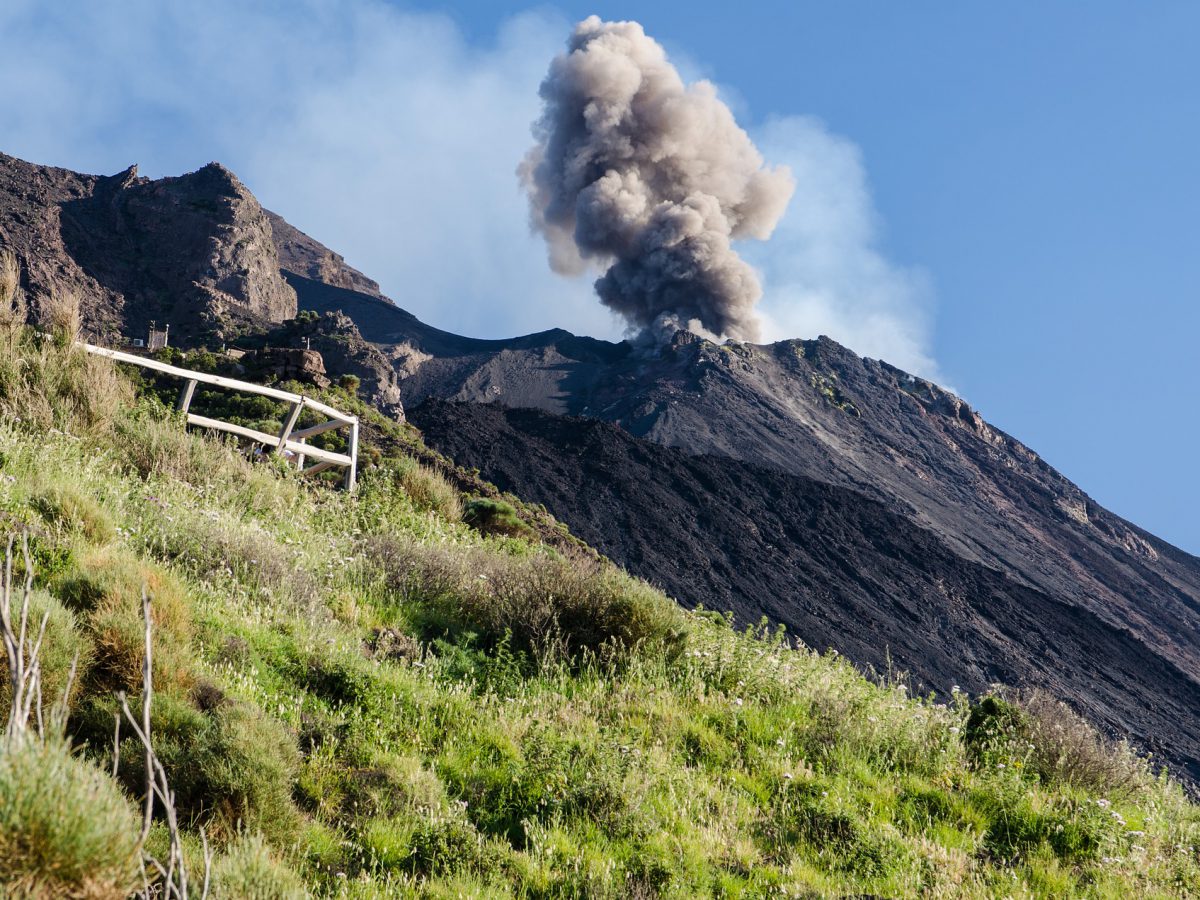 Stromboli is the most beautiful. It is an island with a volcano in a constant state of mild activity, punctuated by occasional larger and more violent eruptions. Although small lava eruptions are not dangerous, one must still be aware of the possible danger. Therefore, you should never climb the volcano without a local expert guide. Onboard our boat, you can safely watch the most incredible and unforgettable spectacle of the erupting Stromboli from the sea. 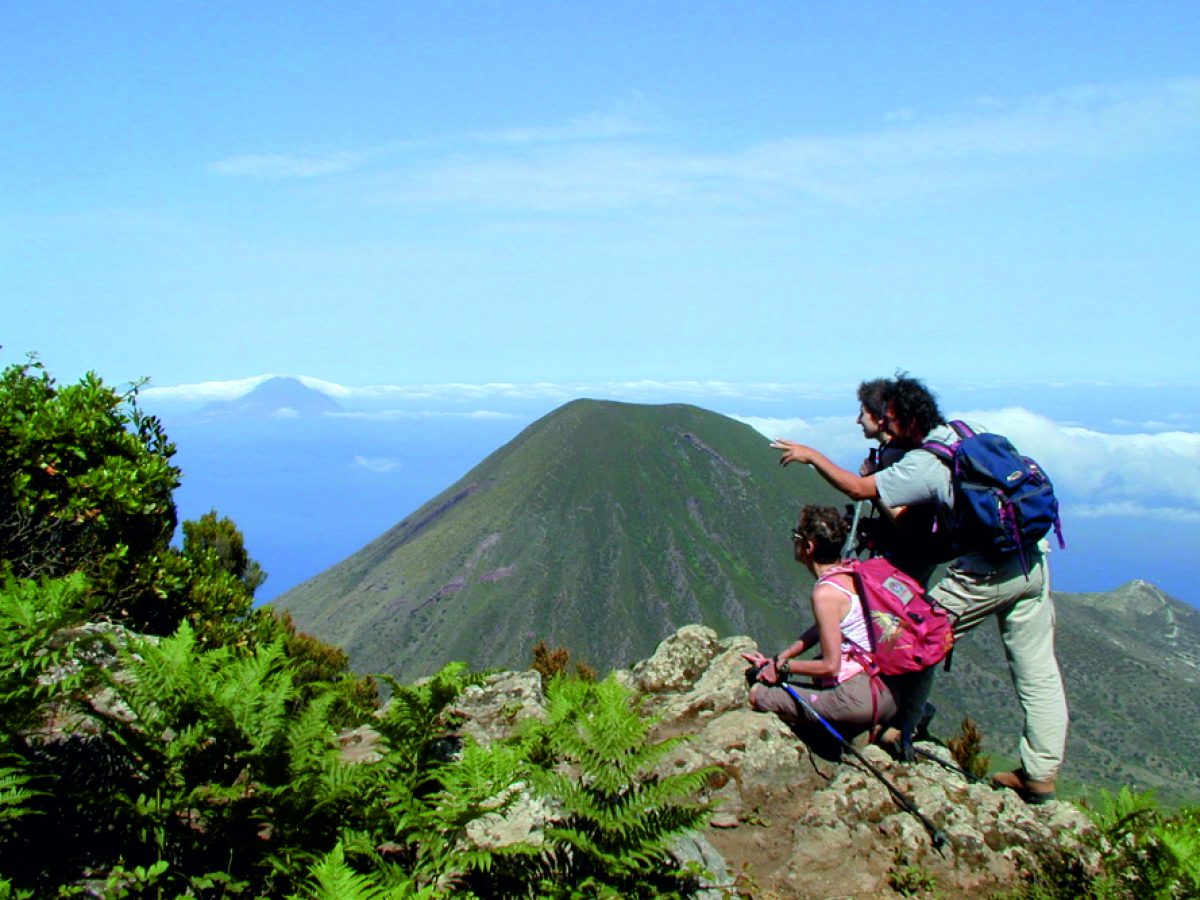 Salina is well known for three products: fish, capers and malvasia, the sweet dessert wine.
The sea of ​​the Island of Salina is simply wonderful. The water is extremely clean and is home to a large variety of marine animals, plants, caves and submerged volcanic craters. The bay of Pollara, where several scenes from the film Il Postino with Massimo Troisi were shot, is one of the most beautiful bays in the entire Aeolian archipelago. 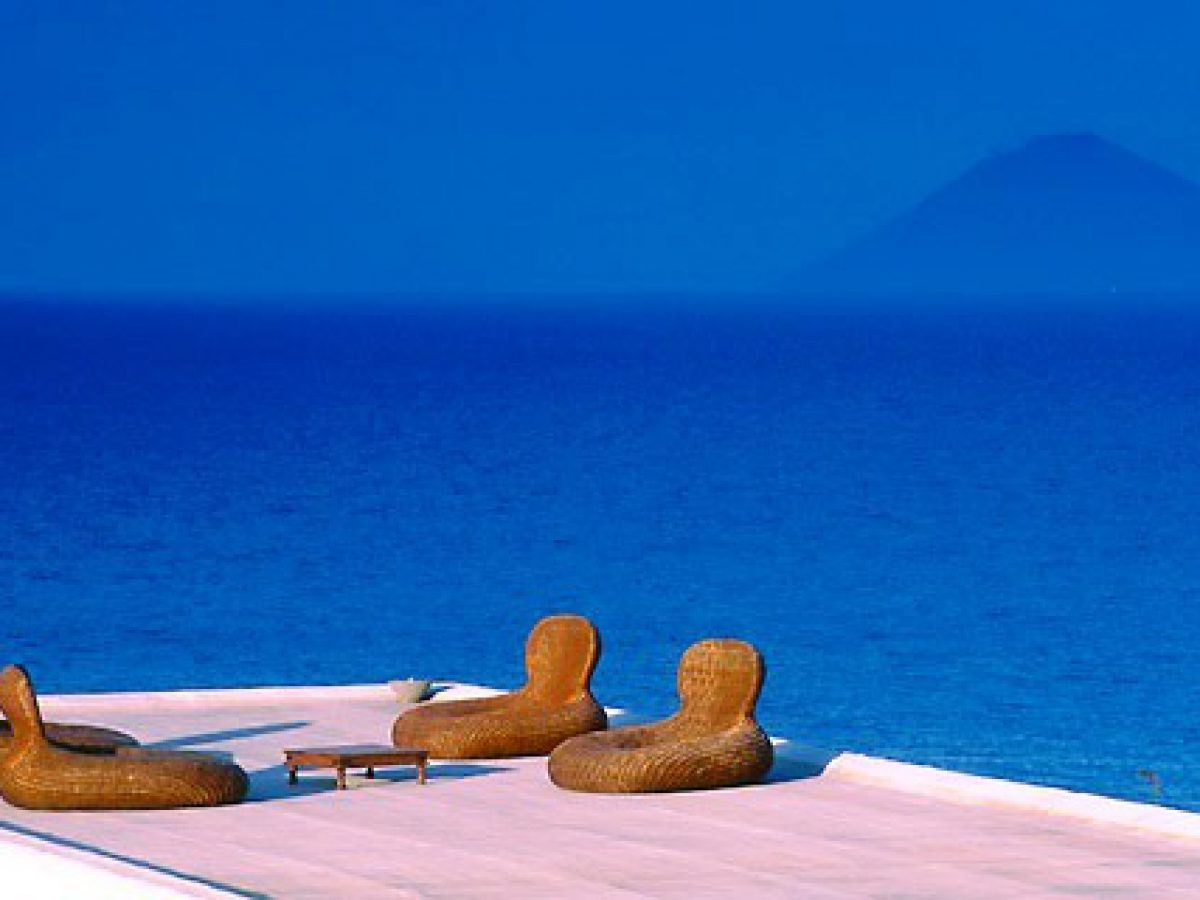 The port of San Pietro is a picturesque cobweb of white streets and is home to most of the island’s restaurants, bars and shops. In Panarea there are also enchanting coves and, in the southernmost point of the island, Cala Junco with transparent and crystalline waters is probably the most beautiful bay of all the Aeolian Islands. Just off the east coast of Panarea: Dattilo, Lisca Bianca, Basiluzzo, Lisca Nera and Bottaro and the turquoise sea all around are excellent for snorkeling and scuba diving. Landed in Filicudi Porto you can immediately admire the wild charm of the island. In the coastal stretch, near the pier, it is possible to visit a large beach with a crystalline sea. Subsequently, along the driveway that starts from the port, you can reach Monte Guardia which is one of the most exclusive areas of Filicudi. In fact, from this location it is possible to see all the other islands and the northern coast of Sicily. Continuing, you will arrive at Pecorini alto which offers an enchanting view of the small fishing village of Pecorini mare. Going down, there is a beautiful pebble beach which is the favorite spot for sailors who stop for an aperitif in high season. 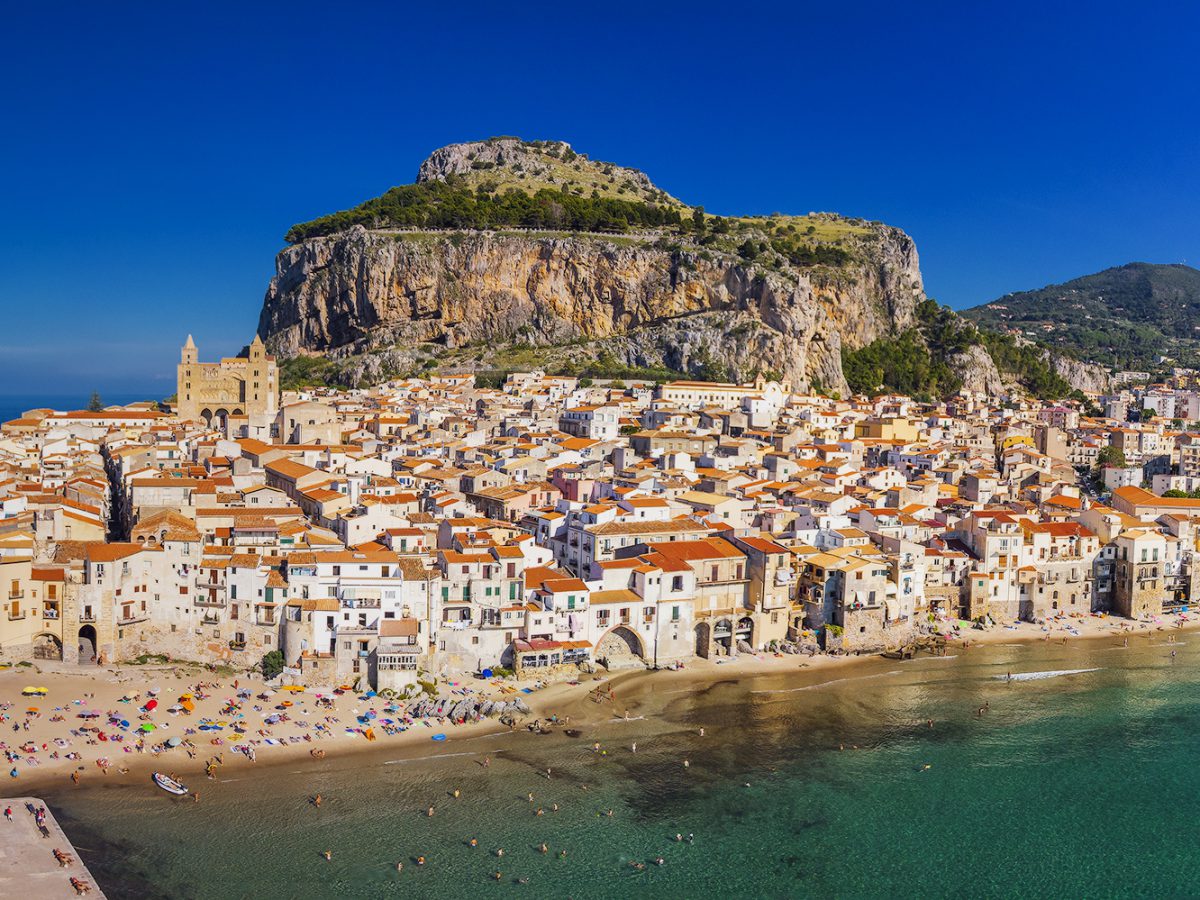 Cefalù, in addition to being one of the most important tourist centers, is also one of the largest seaside resorts in all of Sicily. Like Milazzo, Cefalù is one of the most beautiful villages in Italy.
Going up from Piazza Garibaldi along a picturesque path you reach the fortress overlooking Cefalù. Hovering over the cliff are the remains of ancient fortifications, perhaps from the Byzantine era. A little further on there are the remains of an ancient pagan temple dedicated to Diana from the 9th century BC. Cefalù is one of the best-preserved walled cities not only in Sicily but in the whole European panorama. From the fortress, you can enjoy a beautiful view of the panorama of Cefalù. 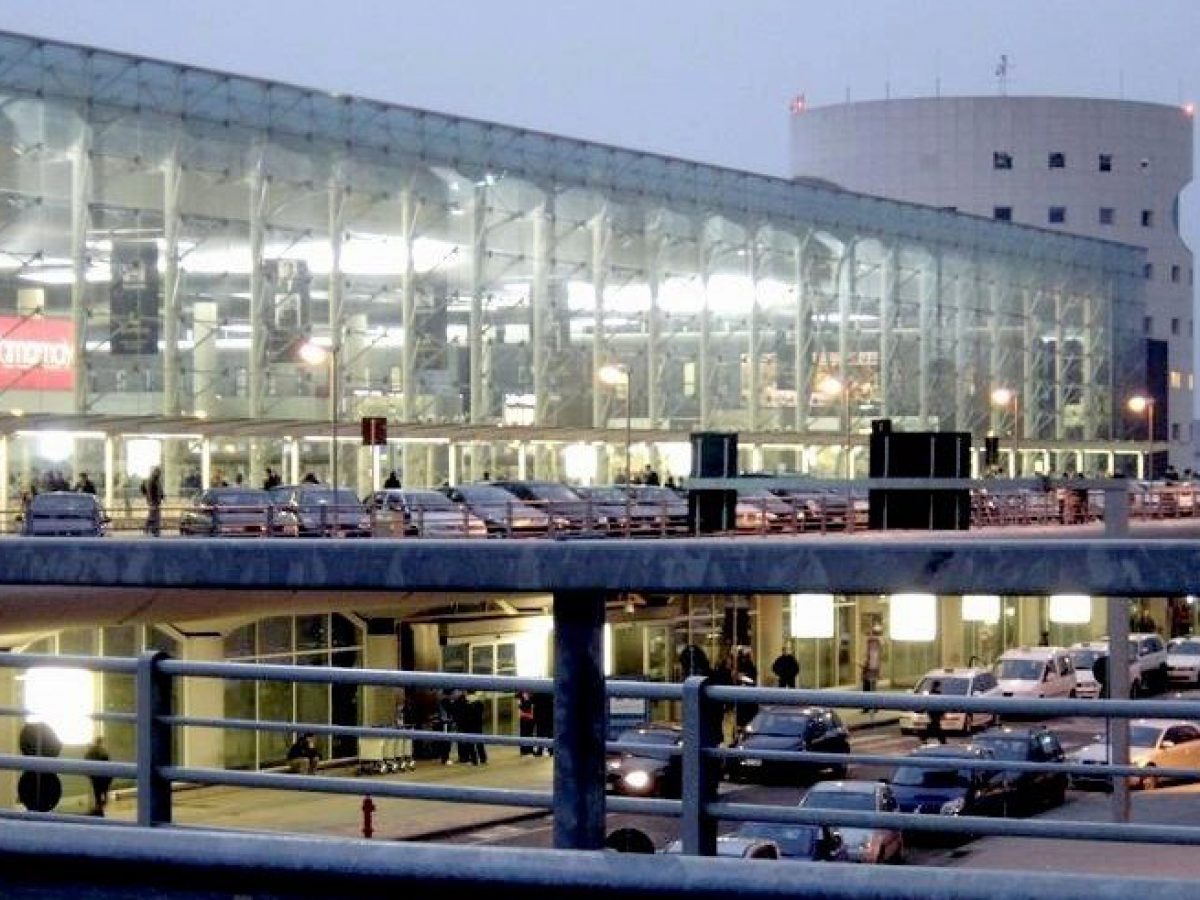 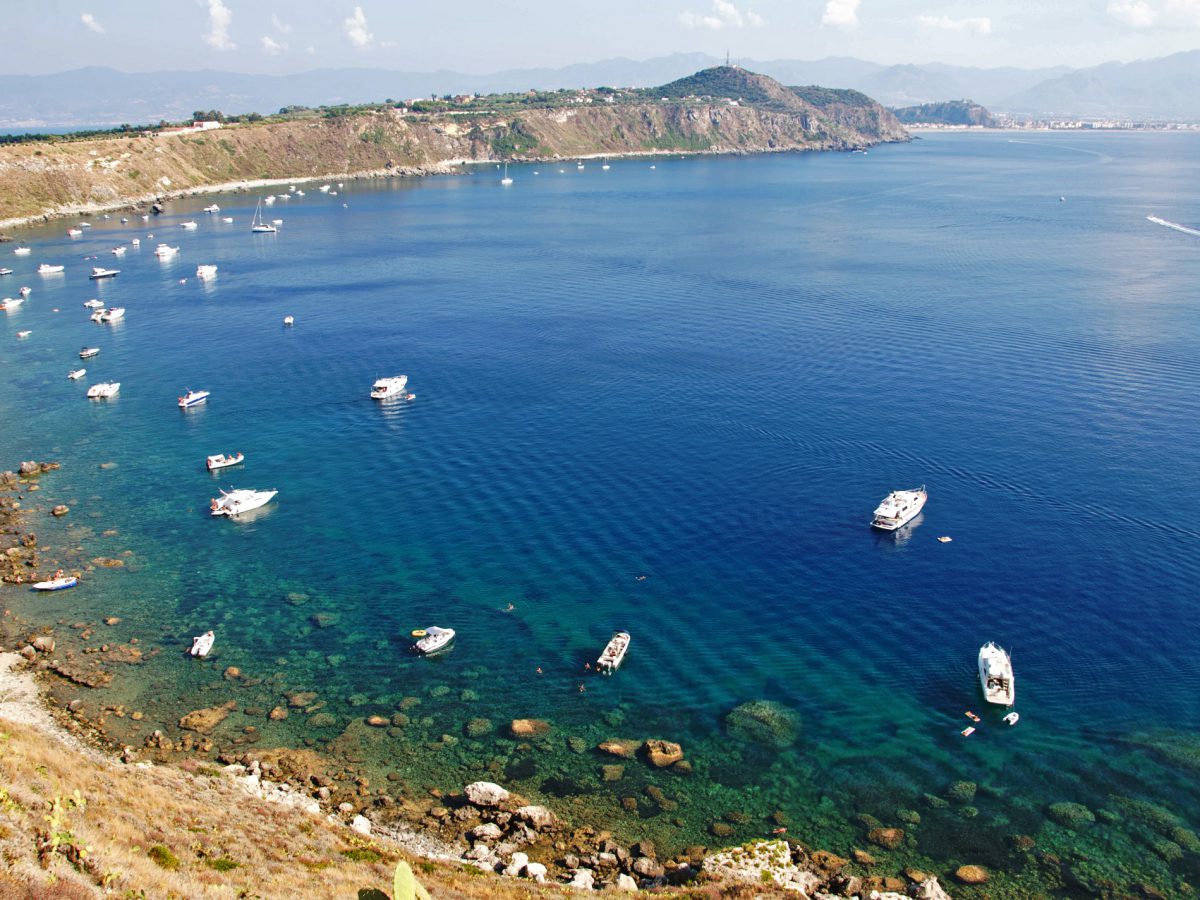 Seeing Milazzo means discovering an ancient city rich in history where many populations have succeeded, driven by the beauty of the places and the strategic position that still make it an important port, commercial and tourist destination to reach the Aeolian Islands. 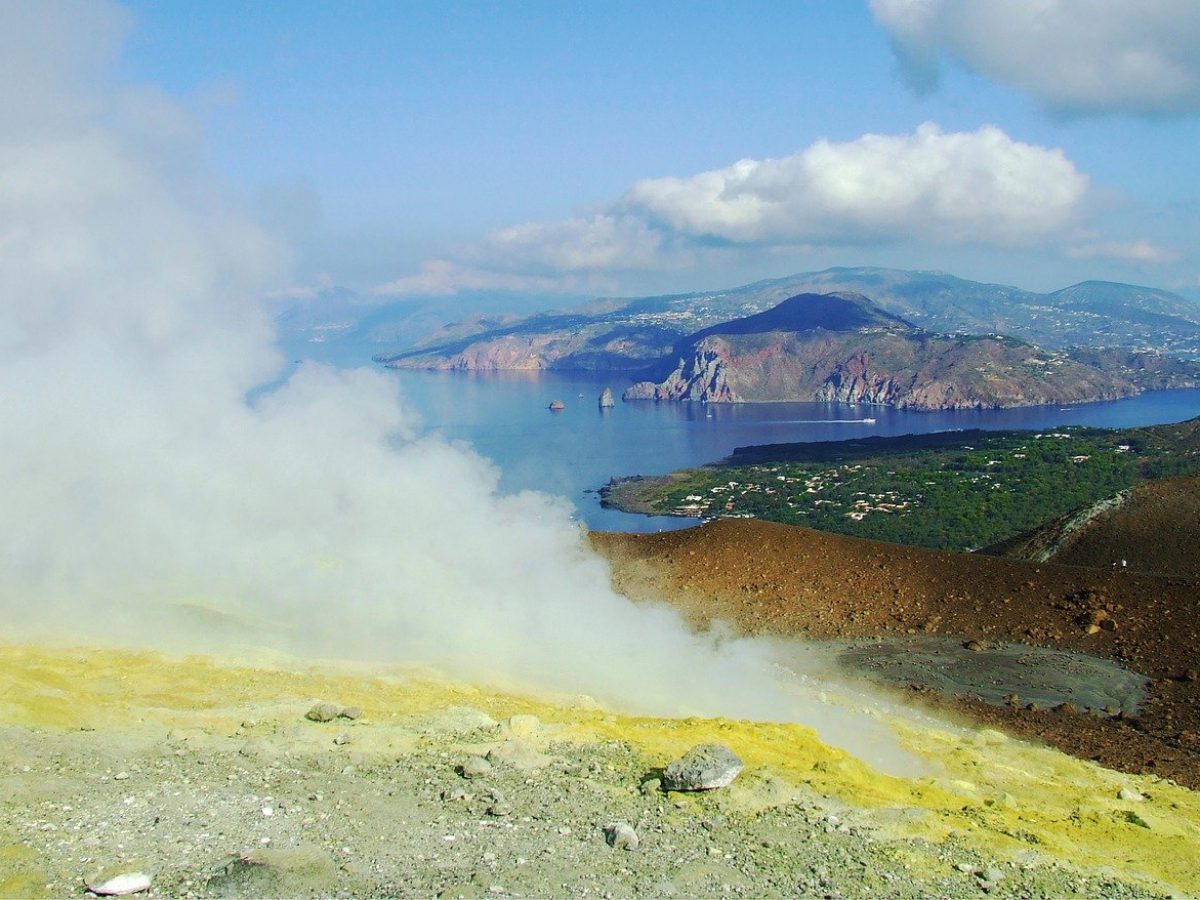 For hikers, the path to the Crater Fossa of the island of Vulcano is a must-see route. Starting from the port, it takes about 45 minutes to reach the summit of the volcano. From the top of the cone it is possible to admire the fumarole field on the west side of the Gran Cratere and, if you can bear the smell and have no respiratory problems, you can go to one of the few points on the surface of the earth where you can see the drops of molten sulfur. 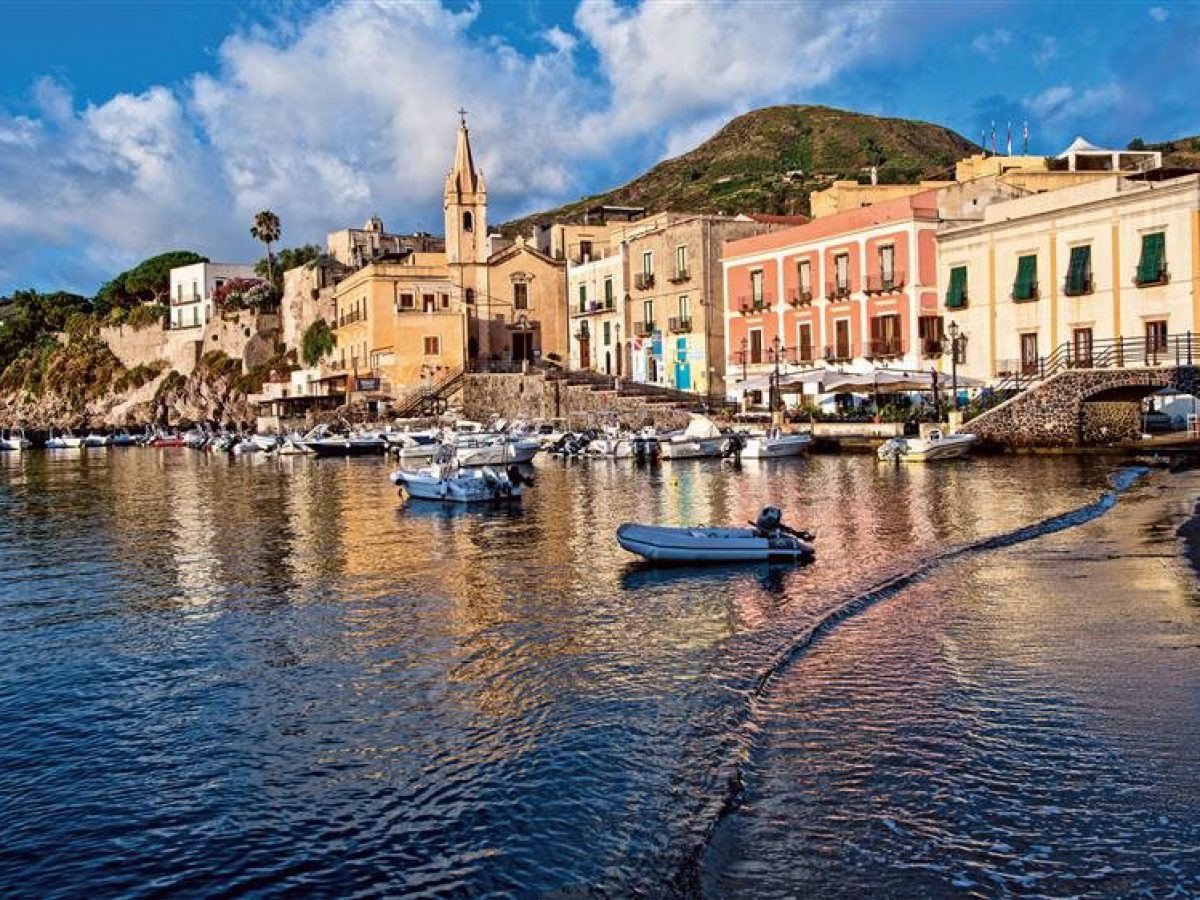 The island of Lipari is the largest island of the archipelago. He is known for obsidian and pumice and is the great Sicilian archaeologist.
It is an island rich in testimonies of various eras and civilizations well represented by the Bronze Age huts, the Cathedral of San Bartolomeo, the Aeolian Museum and the Norman Cloister.

We use cookies to make sure you can have the best experience on our site. If you continue to use this site we will assume that you are happy with it.Ok